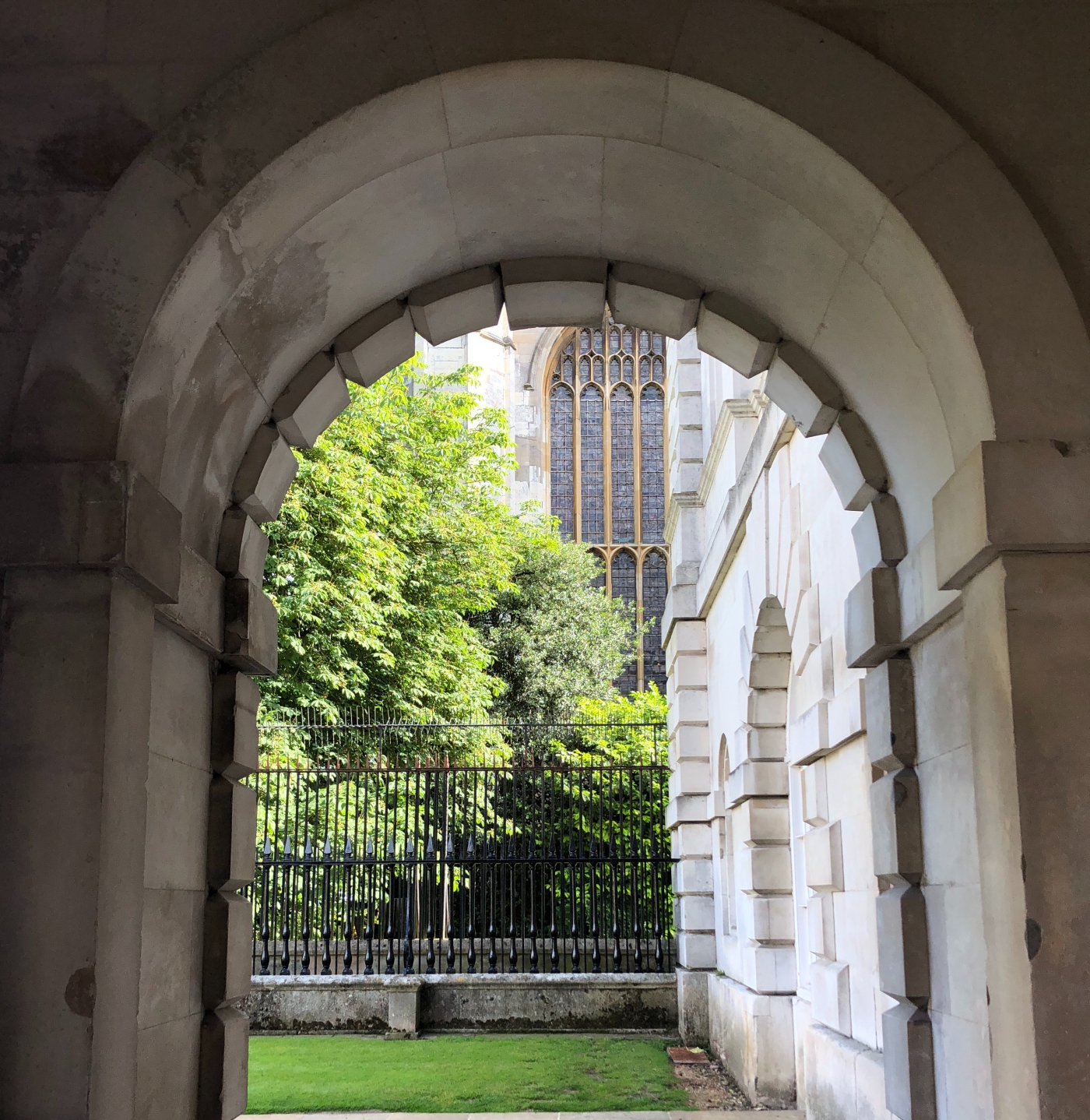 It’s taken me a long time to put this together and press publish, maybe because there was a lot to say but mostly because, though I’d encouraged myself to be reflective, when I think back to the person I was last year and how I felt, for the most part, it does not feel like me.

When I think back to the first year, I remember many good things, incredible people and moments but a Majida who was unlike me. I remember myself being sad a lot of the time, a lot of tears and homesickness, insecurity and the painful feeling of not belonging. I guess when you build something up in your mind as an end, a goal, you imagine yourself feeling happiest, at ease and ultimately, belonging there. But in my first year, this was the furthest from how I felt. Instead, I saw Cambridge as the means to an end – one end is what is meant for my family, my friends, my community, every other person who looked like or related to me, the other end being completing a degree. Having a world recognised institution on my cv and LinkedIn, Cambridge was just something I had to get through, for them and for myself.

I spent too much time focusing on deciding whether I belonged, whether I felt comfortable and in that, I forgot to be, to belong. That includes attending the morning lectures to embracing that I will almost always be that person in the room who is questioning whether my ideas match the western canon and ethnocentric curriculum because my identity is political.

It is now my second year at Cambridge, and a year later the same desire to belong and the pressure to be productive, useful, give back and be truly grateful remain.

The hidden insecurity and feeling of inadequacy, my lack of knowledge in the classical world – the ancient Greeks and Romans, my mind questioning almost everything that is presented in front of me continue. But where this was what I hated most and the discomfort I simply could not thrive off – I see now it has manifested to be character building in ways I could not initially comprehend.

Academia aside, I spent a large part of the first year missing home, my sisters and parents, friends that I’d known for the most part of my life. At home, I was confident – maybe even overconfident, here I was starting over. Suddenly that confidence and support structure diminished. And the time I spent at home, away from ever trying to make Cambridge home made this worse.  As much as I had comforted myself by claiming I missed home, and I missed the people in my life, it was just worry and reliance. Worry about home, younger sisters, what I was missing out on, and at the same time the reliance and comfort of having a group of supportive people around you. Moving back home every two months did not help either, readjusting to being at home with a fairly big family, being a big sister, working, to going back to being a full-time student at the bubble that is Cambridge. At home, there was always a sense of responsibility and as burdensome as that sounds it gives you direction and goodness knowing there is something you’re contributing to. This sounds vague but is maybe too personal to touch on fully. Studying and focusing solely on writing essays on a world you could not understand fully nor relate to often felt academically productive but intangibly helpful to the world we live in today – and again, just a means to an end.

And in these two mindsets, as I navigated the first year, there was a sense of constant adjustment and readjustment. But in my worry to make both places havens and home, I had failed to adjust and readjust, in either.

I remember hearing people really “finding” themselves when they moved away from home, or in a new city, a new field of study, a new job.

Because there was something exhilarating about change I was told.

But I never felt that.

In fact, I think I would say I lost more of myself than I found.

There is something about change that can make a person brimming with confidence create and retreat into a shell. Often, a negative and self-destructive shell.

I fell ill more times than before, gained weight and skin problems all the while hearing the words “it’s because of stress” more times than ever before. Ultimately, I realised familiarity and comfort gave me confidence, structure and organisation – (often missing in the life of an Arts student), gave me ease.

I realised the familiarity had to be created. And imperfect structure and organisation, accepted. I may fall ill at the wrong time and there are things at home I don’t know nor need to know at this moment. And though I don’t see the immediate goodness of being a full-time student, I needed patience. And I realised to treat this – Cambridge – as the means to an end was actually a disservice to them and to myself. I remembered the incredible and spontaneous trips that came from this year, the incredible friends I have made from the other side of the world to the other end of my city.

I guess there is not much of an end to this rather rambly post, other than the virtue and wisdom I see in the ways of this past year. I spent some time in Palestine this year and every day I was there I could not understand how I ended up there and how much I simply did not deserve to be there – I had booked my flight four days before leaving and had the least spiritual Ramadan.  Yet, I was here, travelling through where Palestinians dream of without their existence and identity stopping them. And yet here I was. Truly blessed by the plan, will and ways of God despite my inability to understand it.

3 thoughts on “Reflecting on first year”