Recently, Channel 4 aired a documentary – ‘What British Muslims really think’ – those things that are supposedly neutral, based on factual evidence and allow the audience and learn about a topic. Yet, this ‘documentary’ that I sat through for an hour angrily typing away on my notes page, was the complete opposite. It was aligned to western media’s Islamophobic bias, it exemplified the us and them already present in British society.

It’s entitled ‘what British Muslims really think’ which has a fundamental linguistic problem – the term ‘British Muslim’ creates this barrier between being British and Muslim.  As though the two are mutually exclusive – when there are said to be almost 3 million Muslims in the UK. What does it mean to be British? To own a red passport and legally be a citizen of the UK? And what does it mean to be Muslim? To be a believer of Islam – which may I remind Trevor Phillips, Channel 4, and Western Media – means submission and peace. Yet the two are portrayed as separate things? Your nationality, and the fundamental right to practice something – so long as it does not harm anyone else, which living in a liberal democratic state is given to you. You can practice Islam, Judaism, Sikhism, Christianity and whatever you desire – which leads me to question why there have not been any documentaries named what ‘British Jews really think’ or what ‘British Christians really think.’ This barrier created through the title of the documentary prevails the hour that channel 4 decided to broadcast a ramification on Islamophobia –  and Islamophbia was also an issue that the documentary did not shed enough light on to be tackled. Rather the supposed issue of being a British Muslim was proposed as needing solving.

Public opinion was manipulated with the documentaries unethical misuse of statistics, the survey used to encapsulate what almost 3 million people ‘thought’ was a sample of 1,081 people. Yes I typed that correctly –  a sample of 1,081, – now, I just about scraped an average grade in GCSE Maths but my calculator tells me that is approximately 0.04% of Muslims surveyed to collectively represent Muslims in the UK. And what’s more worrying is that these feeble figures were used to conclude that supposedly 52% of Muslims think homosexuality should be illegal – despite the fact that the Qur’an – the literal word of God states ‘follow the law of the land.’ But the documentary did not mention the latter part of the previous sentence, instead they went on to talk about Sharia law with no mention of its context, objectives or circumstances. They fed the public this idea that nearly a quarter of Muslims in the UK believe the Sharia should be implemented in the UK. When the UK is a secular state… That’s not to say there isn’t a minority who do and want to further enforce Sharia in the UK, but the method of portrayl used by the documentary was inaccurate.

Furthermore, these surveys took place in areas where there’s a minimum population of Muslims at 20% which defies the point Trevor Phillips made about active integration, what about areas where the figure is significantly lower – do the opinions of those Muslims not matter? Surely then, the survey is unrepresentative of Muslims living in those areas? Also, the participants of the survey had to be over 18 which may have been for security purposes, but surely this should have been mentioned before generalising? Especially when the majority of Muslims in the UK are part of the younger generation…Any member of the public watching this documentary would not think to immediately research the documentaries research methods in depth before believing it as it is, since we are inclined to view the media as a hypodermic syringe.

The documentary did however touch on extremism which is a very real issue that needs to be tackled but – the approach whereby Muslims are marginalised and labelled falsely – does not help. Rather it furthers that divide and could lead to Muslims wanting to distance themselves from society which is the opposite of the ‘active integration’ that Phillips was so keen on. The real issue that needed to be portrayed was extremism, not an attack on the entirety of Muslims, but a discussion in regards to the 6% of British Muslims in the documentary, who were said to have ‘sympathy towards making terrorist threats’. And the 1/3 of the sample who would report someone they knew were involved with supporting terrorism in Syria. The problem we should be focussing on is what the actions of the remaining two-thirds of that sample would do – not two thirds of Muslims as channel 4 portrayed it – but specifically from that sample.

Faith segregated education was also mentioned, but there was no recognition of Catholic schools or Jewish schools or a faith school other than an Islamic one. Why do Muslims not have the same freedom of educational choice as any other group in society? Does liberty not apply to us all – and certainly if there are problems in individual faith schools then that should be handled without generalising Islamic schools or faith schools as a whole. For example, there have been significant cases in regards to Priests and child molestation, but that does not mean we generalise every priest or Christian. Furthermore the issue of ethnically or faith divided schools could be to a number of reasons such as location. We tolerate differences in methods of education for all – but when Islam is mentioned there is no tolerance? And if we want to talk about equality in Islam why are we not also talking about inequality within secular Britain? The gender pay gap exists, ethnic minorities and women are misrepresented in many of our institutions such as parliament, and there is also problems with LGBT rights – why is that not being tackled collectively as inequality instead of only marginalising the Muslims?

I could continue a running commentary about the bias portrayal of Islam in western media but the point here is that documentaries like these are precisely the problem. They are why Muslims feel increasingly isolated, marginalised or any different – and also why there is a significant rise of Islamophobia.

This exemplification of an ‘us and them’ is the problem.

We’re HUMANS, we have equal rights and liberty is for us all regardless of our faith, sexuality, gender or anything that differentiates us.

The problem we should tackle is extremism, Islam is the middle path it does not promote extremism but there are people who have extreme views or opinions, this should be challenged but not by creating an us and them. In order to combat the issues that extremism results in, we also need to tackle the bias contamination of public opinion. And of course there should be integration between all faith groups encouraged, but that should be done by remembering Muslims are humans like the non- Muslims, Muslims deserve the same tolerance and respect as any other group in society. And a reminder in regards to the term British Muslim, those Muslims living in the UK are British and Muslim.

We need to eradicate these labels and the us and them which Phillips was emphasising.

I come from those ‘ancestral backgrounds’ that Phillips somehow linked to extremism, and I live in an area where there is a large number of Muslims. I firmly believe in equality, liberty and freedom of expression – for all faiths, genders, LGBT groups, ethnicities, for humans.

And I condemn terrorism in all its forms as it is a war on humanity. I also condemn the creation of an us and them, because I am a Muslim AND I am British. 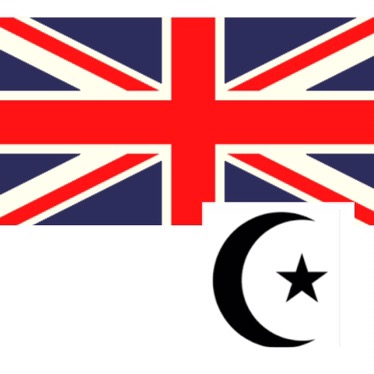 Channel 4 did not convey what I, my family, friends, or what the majority of Muslims really think.